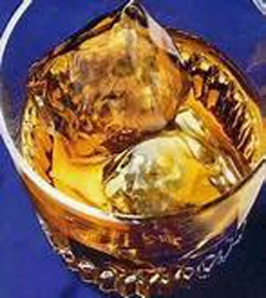 Staff Writer Jaclyn Best has a journalism degree from Metropolitan State University in Denver. In her spare time, she writes fiction and poetry.

Many people do not consider alcohol a “drug”, but alcohol is the most popular drug that American teenagers use.  Many kids decide to try alcohol before they even become teens.  Boys usually have their first drink at age 11, while most girls try alcohol around age 13.  As many as 10 million young people (from ages 12 to 20) have admitted to consuming at least one drink in the past month.  Even more disturbing, Columbia University reported that out of all the alcohol drinkers in America, 11.4 percent are underage.  Studies have shown that those who start drinking before age 15 have a higher risk of developing alcohol dependence/abuse later in life than those who start drinking at the legal age.  By abusing alcohol at a young age, teens are also more prone to accidents.  In 2010 alone, 189,000 teens had accidental injuries because of alcohol consumption.

Teens who abuse alcohol are more likely to develop severe health problems.  Those who start drinking in their teen years are at a greater risk of developing binge drinking.  Most health professionals agree that drinking more than four drinks a day is considered bingeing.  In the long term, this habit will eventually damage one’s liver and other organs, like the heart, stomach and pancreas.

In addition, these same teenagers can develop mental health issues.  Since alcohol is a depressant and can alter one’s brain chemistry, it has the ability to dull the inhibition “controls” in the brain.  When this happens, a person becomes very relaxed and can make choices that they would never make if they were sober.  Another negative to excess drinking is that it can increase one’s chances of developing depression.  Alcohol has the ability to affect the serotonin in the brain.  This is the chemical that helps to regulate moods.  When this chemical is lowered from alcohol, this can create a depressing mood, which can lead to more drinking.

While it can be difficult to determine whether or not your child is involved with alcohol, there are some specific signs to look for:

The first most important step a parent can take for their child is to “teen-proof” their house.  If one or both parents consume alcohol, it would be wise to consider either locking alcoholic beverages away or ridding the house of them completely.  Another beneficial tactic would be to hide all medications, as a teen could use them as a means to “feel good.”

While underage drinking cannot be cured overnight, one can take comfort in the fact that there are dozens of organizations ready and willing to help teens who have substance abuse disorders.  Getting treatment is crucial when battling alcoholism in an underage drinker, and it can be almost impossible to “cure” someone without professional help.  While many programs geared toward adults may not be as helpful to a teenager, there are others that are focused toward younger people, like the National Council on Alcoholism and Drug Dependence, Inc.  Another organization called Substance Abuse & Mental Health Services Administration (or SAMHSA) can also be of help.  If you fear that your son or daughter may be abusing alcohol, the SAMHSA Web site can be a great starting point to find nearby facilities for treatment: http://findtreatment.samhsa.gov/TreatmentLocator/faces/addressSearch.jspx?state=CO.

Editor’s Note: For additional resources, see the Parenting Resources section of our website under Teens. www.dcparenting.org

One thought on “Teen Problem Drinking”