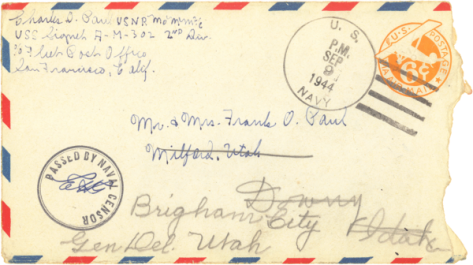 The men and women who serve in the United States Armed Forces of today feel a connection to those of past generations, they want to be a part of something that offers a greater purpose in life. These individuals put the needs of the country above all else for their belief in the greater good. They sacrifice their personal lives both at home and abroad for their belief. They are not the only ones who serve; their families suffer as well, shoulder the burden of worry about the lives of their loved ones. Many families lack the resources to aid them when a family relative is deployed for combat, has their assignment rotation changed, or when a veteran returns from duty.  All these difficulties lead to the dilemma of how a veteran and his family become re-integrated with society, as well as each other.

“I think it’s generational,” offered Dennis Potter as to the ever changing nature of military veteran’s re-integration difficulties into society. “My father served in World War II, for two years before getting injured. He didn’t talk about his experience much with the family as far as therapy. The only real therapy was him attending get-togethers with fellow veterans once a week. They would talk about their experiences in the military. It was like an AA meeting.”

This was typical therapy during Potter’s generation regarding military service. “The men had to be stoic. They were the head of the family, and couldn’t show weakness. The family went along afterwards, dealing with my dads’ nightmares and drinking. We just didn’t know what to do at the time,” added Potter.

For today’s veterans, resources and services for them and their families have drastically improved from the generation of Potter’s father. Today there is more outreach and more organizations that offer assistance with veterans who are making the transition from military to civilian life.

Project Sanctuary located in Douglas County, Colorado in one such enterprise that specializes with the re-integration of veterans transitioning from military to civilian life. This non-profit enterprise brings the whole military family together by offering services for the entire family by reconnecting the family unit through a holistic approach. This approach allows for veterans to become re-integrated with their families and communities in a healthy and sustainable manner that will preserve a family (Project Sancutuary).

An organization such as this would have been beneficial to Adam Arellano,35, of Lone Tree, Colorado when his tour with the United States Marine Corps ended in 2005. Mr. Arellano entered the corps at the ripe age of 18 because, “I felt I had to serve my country first and foremost. When I got out, the benefits and support were lacking. Too many of us transitioning from the military to civilian life I suppose.”

Organizations such as Project Sanctuary are but one means to aid veterans and their families to become re-integrated within society and personal lives. Some of these services that are now helping these veterans are coming in the forms of writing seminars and workshops that are popping up around the country. Within these workshops, veterans and their families have the opportunities to interact with other veterans in a casual environment. The family members can interact with other individuals that are experiencing similar issues in regards to a veteran. The veterans themselves now have an outlet to share their experiences in a way that the people that they love and love them will understand. Plus, the vets and their loved ones gain news skills by the means of writing on paper the experiences of military life, both positive and negative.

“I’ve never had problems talking about my time in the military. I would never tell anyone until they asked what happened while I was in. Otherwise, I kept a quiet lip about it,” he said.

These are but a few ways for veterans and their families to become reconnected after ones time in the military.  Helping both parties to gain a fuller understanding of what a military veteran has faced will help with re-integration and reconnection with family. As Mr. Arellano stated, it was difficult to reconnect with family and society because there were things his family and friends wouldn’t understand so he wouldn’t discuss those issues. And, the military was making choices for him during his tour.

With these advancements of helping veterans become reconnected with family and society, Mr. Arellano is proud to have stated, “I would do it again if I had a chance,” about serving in the military.